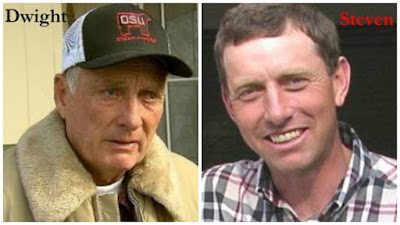 President Trump, we request that on Day One, Hour One of your Presidency, you Pardon and order the immediate release of Dwight and Steve Hammond.

Then we request you either pardon every American Patriot currently under indictment for the Bundy Ranch affair, or order your Attorney General to stand down the DoJ from prosecuting.

You can begin dismantling Bureau of Land Management and properly investigating the murder of LaVoy Finicum, on Day Two.

**This message has been submitted directly to the Trump Team.

If you're a praying person, pray now, pray hard, pray often for wisdom, direction, and strength.  Pray for others to come to their senses and realize what has happened in our country and what it may well take to right it.

Pray above all the God has not removed His Protective Hand yet and we still have time and opportunity to keep from descending into the abyss of nationwide chaos and utter destruction.

Warmest and best wishes from my family and small tribe to all Patriots this Christmas season.  As we refresh ourselves with a little "downtime" this Holiday, let's not drop our vigilance nor caution to the things which still storm and rage all around us.  (Judges 7:5 & 6 was the "drinking test" by which God would use 300 men to deliver Israel. It was simple, those who got down on both hands and knees with their heads practically in the water were disqualified. Those who knelt on one knee and lifted water to their mouth were of the select number.  The issue being they could be up and ready to defend themselves, having kept one hand on their sword while drinking with the other.)


Christmas Day
"And she brought forth her firstborn son, and wrapped Him in swaddling clothes, and laid Him in a manger; because there was no room (or them in the inn"—Luke 2:7.
Each recurring Christmastide gives occasion to emphasize anew the wonderful story of the love of God that led Him to send His only begotten Son into the world, that we might live through Him. Christianity rests on three great pillars, the Incarnation, the Crucifixion, and the Resurrection of the Lord Jesus Christ. Incarnation alone could not redeem sinful men. But apart from the Incarnation there could be no propitiatory sacrifice that would avail to put away sin. God became Man in order to die. We cannot, therefore, make too much of the mystery of the union of the human and the divine in Him who was both Son of God and Son of Mary. In Him we have the Daysman for whom the patriarch Job longed, one who can lay His hand upon both God and man (Job 9:33) because He combines the natures of both in one glorious Person. Bethlehem, Calvary, and the empty tomb, all alike should stir our souls and draw our hearts out to God in wonder, love, and praise.


"Here Peace alighted once,
But could not find a home,
To Him who brought it, earth
Could give no room.
Him and His peace man would not have,
And in Shis Child of peace
Man saw no heavenly excellence,
No grace, no comeliness.
Peace in that cradle lay,
The Prince of Peace was there;
The fulness of His Peace
He brought with man to share."
—Horatius Bonar.

"The Continual Burnt Offering: Daily Meditations on the Word of God" by H.A. Ironside.
Posted by Prepping Preacher at 4:55 AM No comments:

A Return to Freedom...

I'm not certain how many of you who may know me personally even a little know anything of the ministry which we've been a part of for the better part of 15 years.  Briefly, I am the director of a homeless shelter/soup kitchen which has several other components as well.  We are what is termed by the government as a "faith-based" organization.  In common parlance: ministry.  It has been around for some 32 or 33 years as of this month.  It is an independent work, mostly run by myself although I do answer to an executive board.  It is Baptistic in stance and doctrine though we do minister to all needing help.

For some 25 years the organization has been applying for and receiving state housing authority(HUD) funding. Over the course of these 25 years, the restrictions to our "ministering" or actually exercising our faith have grown to a serious situation of interference and obstruction.

We will no longer be applying for said grant monies.  They can keep it.  As of January 1, 2016 we are going to be more fully about our business of ministering and exercising of our faith.  This return to freedom will have it's cost:  roughly 25% of our budget.  What will we do?  We have a fund raising group which accounts for most of the remaining portion of our budget and I will be talking with them.  We will also become more "faith-based" in that we're looking to our God to provide our needs as we continue our forward progress.  I won't take the time nor space on this page to list all that has been done here in the last 4 years which has been provided for outside of our budget.  Things have happened and can happen again.

We're confident enough in not only having our budgetary shortfall met that we're looking into establishing a community food pantry.  There is a local food bank but it seems to have become an arm of the current federal regime. In time, they too will be told to "keep it".

Folks, now is no time to be squeamish in our faith.

Pray for the best while prepping for the worst.
Posted by Prepping Preacher at 4:51 PM No comments: 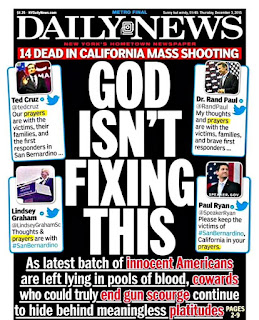 This image is floating around Facebook and as much as I'd LIKE to bash it the way some of my colleagues are, I find that the essence of the sentiment is spot on - God isn't fixing it nor will He.  That is until Americans who bear the name of Christian make the turn from living for ourselves to living for the One Who has made possible all that we were provided by our Founding Fathers.

We are standing in precisely the same situation as did Israel while Jeremiah was their prophet of the day.  He warned them repeatedly about the coming judgement of the Almighty - judgement for forsaking Him and His Ways for chasing their own.  They, like the vast majority of Americans are today, ignored the words of warning.  When the dust of Nebuchadnezzar's chariots could be seen and the sounds of their horses could be heard, they ran and hid themselves yet expected that all would turn out alright.  It did not.  ALL of Israel was destroyed;  most able-bodied men killed with the rest taken captive; women and children suffered the same fate;  the Temple was ransacked then the building was burnt and reduced to shapeless rubble as was most of Jerusalem and the surrounding area.(Jeremiah 7 & 8 for starters).

The enemy is on our soil and it isn't just the current group of politicians nor even the exposed threat of and active jihad.  Our number one enemy is our hardheartedness against the God of Heaven and His Christ.  Unless "christian america" removes the idol of self from our hearts and replaces it with a true and sincere reverence and fear of God, our nation will suffer the same catastrophic demise as Israel. There will be no fix.
Posted by Prepping Preacher at 4:02 PM No comments:

A PORTION OF PROVERBS 4:

20 ¶  My son, attend to my words; incline thine ear unto my sayings.
21  Let them not depart from thine eyes; keep them in the midst of thine heart.
22  For they are life unto those that find them, and health to all their flesh.
23  Keep thy heart with all diligence; for out of it are the issues of life.
24  Put away from thee a froward mouth, and perverse lips put far from thee.
25  Let thine eyes look right on, and let thine eyelids look straight before thee.
26  Ponder the path of thy feet, and let all thy ways be established.
27  Turn not to the right hand nor to the left: remove thy foot from evil.


Post Paris attack: don't be diverted by the diversion.  Pre-election circusing: don't be fooled by the fools.

Steady on with our task; stay the course.  One eye one the goal, the other on the path to it.  One hand on the work, the other on your weapon.  Things will arise which will attempt to throw us off course and off the path.  Remain rooted in our cause, weather them and continue.

Pray for the best while prepping for the worst.

PP   Chaplain
Posted by Prepping Preacher at 3:50 AM No comments:

COMING TO A SHERIFF'S OFFICE NEAR YOU

Where Are The Pastors?
On the front cover of Washington State’s August 2015 “Inlander” magazine, Spokane County Sheriff Ozzie Knezovich is shown hands on hips standing on top of the “Don’t Tread On Me” (Gadsden) flag. The title of the article is “Daring To Tread.”

The sheriff and at least one of his deputies have verbalized opinions that “constitutionalists” are threats to the sheriff’s office, the federal government, and to the country itself. Sheriff Knezovich even went so far as to compare “constitutionalists” with the Sunni Muslim terror group ISIS.

Read the rest here.
Posted by Prepping Preacher at 4:18 AM No comments: 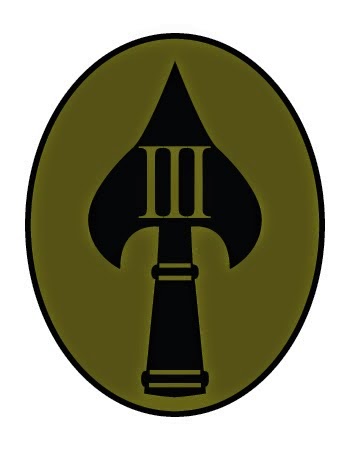 Stand your ground. Do not fire unless fired upon. But if they mean to have a war, let it begin here. 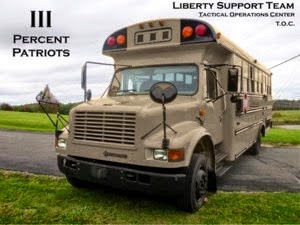